How to Reconfigure Installed Package in Ubuntu and Debian?

dpkg-reconfigure is a powerful command line tool used to reconfigure an already installed package. It is one of the several tools offered under dpkg – the core package management system on Debian/Ubuntu Linux. It works in conjunction with debconf, the configuration system for Debian packages. Debconf registers the configuration of all installed packages on your system.

To view current configurations of an installed package “phpmyadmin“, use the debconf-show utility as shown.

If you have already installed a package, for instance phpmyadmin, you can reconfigure it by passing the package name to dpkg-reconfigure as shown.

Once you have run the command above, you should be able to start reconfiguring phpmyadmin as shown in the following screenshot. You will be asked a series of questions, select the settings you want and complete the process. 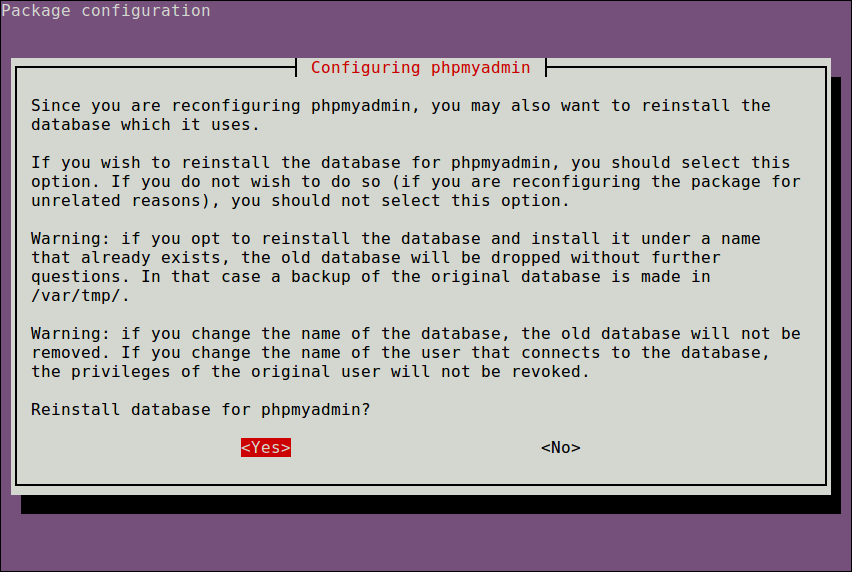 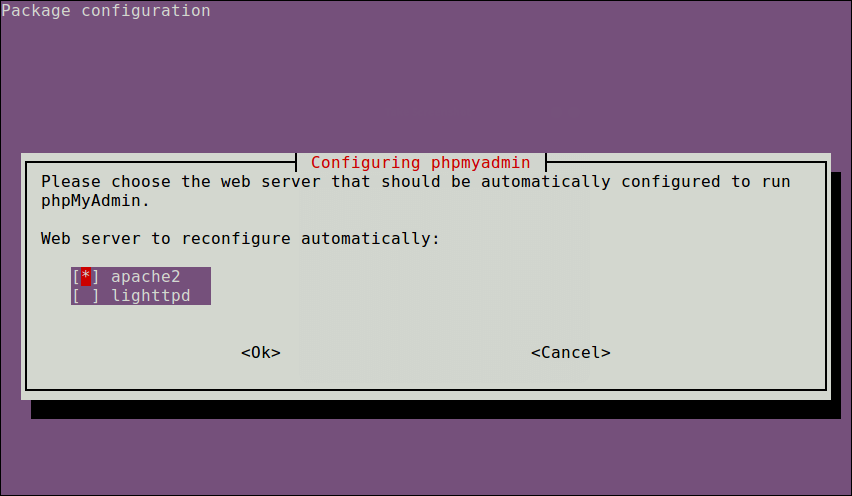 When the phpmyadmin reconfiguration process is done, you will see some useful information concerning the new package settings.

There are some useful options which allow you to change its default behaviour, we will explain some of the practically useful ones, as follows.

The -f flag is used to choose the frontend (such as dialogue, readline, Gnome, Kde, Editor or noninteractive) to use.

You can permanently change the default frontend via the debconf, by running the following command.

Use the Up and Down keys to select an option, and press the TAB key to choose Ok and press Enter. 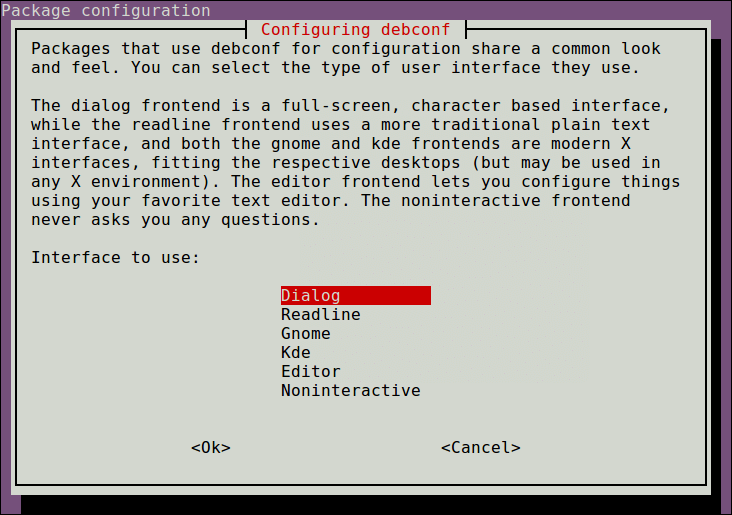 Also choose which questions to ignore according to priority level, as shown in the screenshot and press Enter. 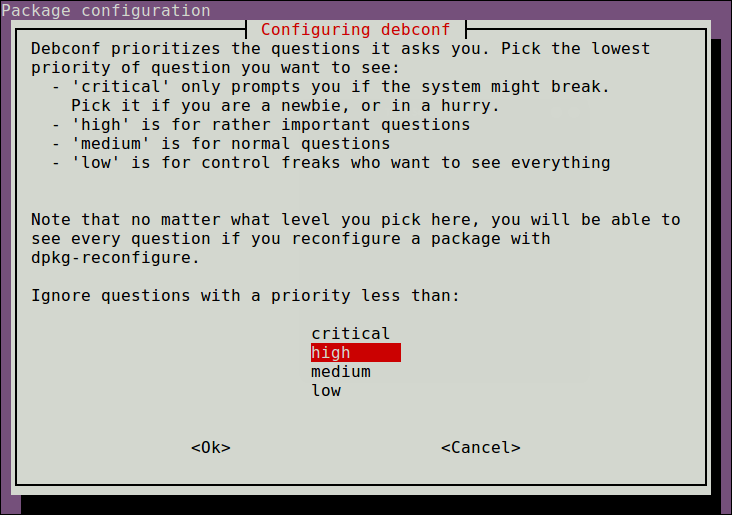 To specify the minimum priority of questions that will be displayed, directly from the command line, use the -p option.

Some packages may be in an inconsistent or broken state, in such a case, you can use the -f flag to force dpkg-reconfigure to reconfigure a package. Remember to use this flag with caution!

How to Configure Disk Quota on Ubuntu Server

Disk quotas can be used to limit the amount of disk space or the number of files allocated to a...

At work we use only Linux and all our workstations are powered by Ubuntu. Being admin’s, we are...

How to list all unmounted partition of a harddisk in centos/ubuntu?

To address the listing of the unmounted partitions part, there are several ways - lsblk, fdisk,...

Jenkins is an open source automation server written in Java. Jenkins helps to automate the...

How to install Apache CouchDB on Ubuntu 16.04?

Apache CouchDB is open source database software that focuses on ease of use and having a scalable...